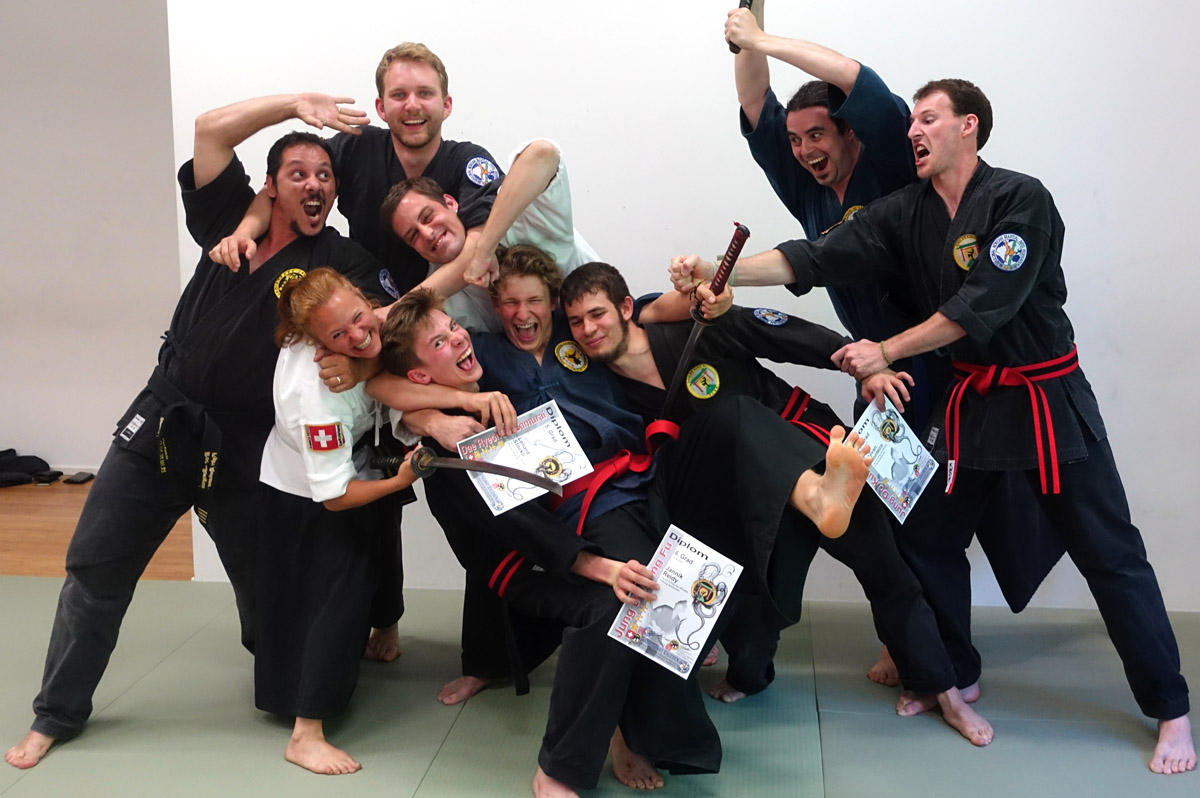 Not only the weather was promising, but also the appearance of the five instructors-to-be at the GKMAF Krellmann martial arts school in Baar (at the YunSong Academy). Long, hard years they have fought to get so far – the next belt was due. And it was not just a new color belt, but an instructor-to-be belt. Thus, the five brave men not only had to cope with the training material of the respective color, but the entire contents since the white belt. A lot of techniques, katas and combinations. A lot of sweat and concentration. A lot of time.

Among the participants were two teenagers: Jannik Reidy (14-year-old, from Baar) and Lenard Stöckli (15-year-old, from Hausen a.A.). Jannik began fighting with eight years. At that time his parents knew how important physical activity is for children. And Jannik found his home in the martial arts, where he grew from the boy to the man. Literally. The “little one” is almost 1.9m. And not just physically tall. When he first joined the children’s training, he was shy and looked intimidated. Martial art has brought him far: he has now grown to become a self-assured, healthy and strong man. “I feel good,” says Jannik, “the camp has given me so much. I can take it up with any opponent and beat him … “he laughs mischievously,” no, I don’t mean it like that. But thanks to the martial arts I am more focused and stronger. That helps a lot in school too.” Lenard can also nod his approval,” yes, “he says,” and it’s fun! It is exhausting, but every belt test is a test that you have to earn through lots of hard work. And when you have reached it – that’s just mega! “.

All five reached the next stage: Roger Schmid, Rafael Orler (both from Baar), Silvan Monteiro and Jannik Reidy reached the red-black belt (only a belt step up to the black belt) in Jung Do Kung Fu. Lenard Stöckli fought for the red belt in Dae Ryeon Do Samurai, with the help of his combat partner, Matthias Scheibmayr. Congratulations to all the big guys from GKMAF Krellmann!